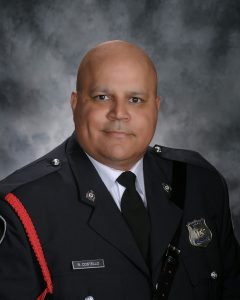 Cst. Costello joined the Fredericton Police Force on June 1, 1998, after graduating from the Atlantic Police Academy. He served twenty commendable years on the job in patrols, major crime, and the Integrated Child Exploitation Unit on secondment with the RCMP. Robb’s big smile, and positivity shone through, because after all, he was “living the dream”.

Cst. Costello died in the line of duty on August 10, 2018 in Fredericton, New Brunswick.

Tribute to Officers Who Have Fallen in the Line of Duty